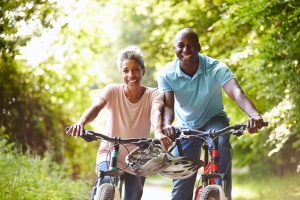 Recovering from alcohol addiction can be one of the most challenging things that you will undergo, because a body accustomed to alcohol no longer possesses the ability to function without it. However, with effort and dedication, anyone can renew their body’s innate ability to thrive without alcoholic substances. The process of transitioning away from alcohol consumption commonly results in withdrawal, and the symptoms may be unpleasant. However, by understanding what alcohol withdrawal symptoms typically looks like, you can be prepared to take the first steps toward conquering addiction and returning to a healthy, fulfilling life.

How Alcohol Impacts The Body To Cause Withdrawal

Alcohol’s impact on the body extends beyond just the brain. It also impacts the nerves, because alcohol is a depressant; it slows the transmission of information within the body. When alcohol is consumed in sufficient quantities over an extended period of time, the body begins to adapt to its presence. As a result, the brain works harder to remain in a vigilant and awake state, and nerves send stronger signals when communicating to overcome the depressive or slowing effects of alcohol. 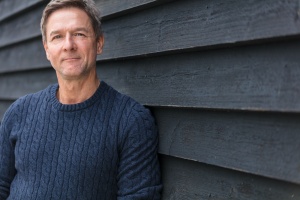 When alcohol consumption ceases, the body, now accustomed to this heightened manner of function, continues to output these more potent forms of operation. What results are the symptoms of withdrawal as the body relearns how to send signals and interpret information less aggressively.

Most Common Withdrawal Symptoms To Expect

Withdrawal symptoms vary for everyone, and your experience with withdrawal may not include even some common symptoms. However, in general, those who have become dependent on alcohol can expect to experience at least some of the following symptoms when they cease or reduce their consumption. Symptoms generally peak at about two or three days after alcohol cessation, but they may last in a mild form for a few weeks.

Since the nerves are used to sending overpowered signals in order to overcome the effect of alcohol, some of the most common symptoms once alcohol is removed from the body are overcompensation from muscles. This may include tremors, jitteriness and even heart palpitations or an increased heart rate.

As the body adapts to its ability to communicate more effectively with less effort, some sensations may become particularly strong for a short time. This can induce nausea or vomiting, as well as headaches and sweating.

The brain is one of the primary organs affected by alcohol, not only because of alcohol’s suppressive function for bodily communications but also because addiction creates habitual pathways of reward and pleasure. When this rewarding substance is removed, you may experience anxiety, irritability or be unable to sleep until your body adjusts.

When Withdrawal Is A Medical Emergency

The symptoms above are typically experienced, at least in part, by almost everyone who is overcoming an addiction to alcohol. However, those who were severely dependent on alcohol or whose bodies are struggling to cope with the removal of the addictive substance may experience more severe symptoms. Alcohol withdrawal that becomes severe is a syndrome called delirium tremens, or DT. It is characterized by extreme confusion and agitation, and you may also have a fever. Some people have seizures, and many report various forms of hallucination. 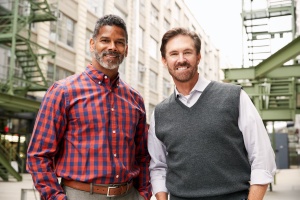 Tactile hallucinations present as sensations that are not actually occurring, such as numbness or itching. Some individuals report feeling that their skin is burning when nothing is causing the sensation.
Auditory and visual hallucinations can also be common with delirium tremens. If you are hearing sounds or seeing shapes or images that do not exist, you may be experiencing hallucinations.

Delirium tremens is not simply a more aggressive form of withdrawal; it is also a medical emergency. When the normal working relationship between brain cells has been degraded after long-term alcohol use, the brain may struggle to return to normal processing. Delirium tremens most often occurs between two to four days after the last drink, and if symptoms arise, be sure to seek medical attention immediately, because DT can be fatal.

Working through the process of overcoming an addiction to alcohol can be a challenge because the body itself is being rewired. Alcohol withdrawal can become severe or even life-threatening, which is why it is important to begin the process of addiction rehabilitation alongside recovery experts who can help you to safely navigate the experience. Be sure to rely on a comprehensive alcohol rehabilitation program that will set you up for success and equip you with the tools and skills that you need to thrive in the long term without relapse. Reach out to Insight Treatment Center to speak with an addiction recovery expert.

Contact Insight Treatment Centers Today About Their Programs And Care

You can reach our knowledgable team by calling us at 301.264.8924 or contacting us online today. We encourage any person that is struggling with mental health condition or addiction to continuing care support that they need in a loving environment to seek the assistance they desire need at Insight Treatment Centers.